Drakulich Commercial Partners Is Northern Nevada's Premier Commercial Real Estate Company. Drakulich Commercial Partners will walk you through everything you need to know about one of the nation’s best commercial real estate markets.  With over 41 years of experience in Northern Nevada real estate, DCP has the experience, knowledge, and connections necessary to educate our clients on the changing economic climate of the area.

Reno/Sparks area ranked #1 in job growth. This is due, in large part, to all of the corporations moving to the area, with 48,000 new jobs being created in the past 5 years and 2018 alone bringing in more than 29 companies—including 15 company headquarters being relocated—to the area.

When people think of Reno, they often think of it as a twin to Las Vegas—dependent upon the gambling industry. However, over the last couple of decades Reno and Sparks have seen a major shift away from gaming as the cities develop their own identity. Forbes 2018 List of Best Cities for Job Growth ranked Reno as #9 and Veros listed Reno as #7 in their List of Top Appreciating Markets.

As Edawn (Economic Development Authority of Western Nevada) states, “some of the biggest names in technology like Apple, Google and Tesla have already made the move to our region, followed more recently by Switch, Clear Capital and Flirtey.”

As new businesses come to Reno, a new city identity has emerged, blending together the unique feel of the cities expanding to Reno such as L.A, San Francisco, and Portland. As Bob Peyton, the Chief Operating Officer of Sizzle Pie (a Portland-Based Pizza Co.) states, “This city is rad. We love the city.  We came here more than two years ago, fell in love with the city.” (KTVN). With areas such as Midtown, The Riverwalk, and The Basement, Reno has established itself as an up-and-coming city with something for everyone. 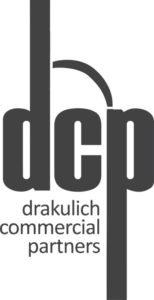